Many people doubt that the Taurine involved in making Red Bull is made from Bull Sperm, while in reality this Taurine is synthetically made by pharmaceutical companies.

What happens if you drink Red Bull?

Red Bull Energy Drink is a non-alcoholic beverage, meaning it does not contain alcohol. Therefore, drinking Red Bull does not cause intoxication at all. Actually Red Bull contains Caffeine.

Caffeine is a chemical that is found naturally in tea, coffee, cola and many other food items. Consumption of caffeine brings immediate brain alertness, that is why drinking tea, coffee removes laziness, refreshes the mind and feels less tired.

Heart attack has also been seen in some cases due to increased heartbeat after drinking Red Bull. Such people drank 8-10 cans of Red Bull or other energy drinks in a day.

Not only this, in many countries it is illegal to sell Red Bull to children and teenagers, because it has seen cases of health problems like obesity, liver damage, seizures.

People going to the gym or exercising should not make the mistake of drinking Red Bull under any misconception. Know that drinking an energy drink like Red Bull does not make a muscular body or health at all. 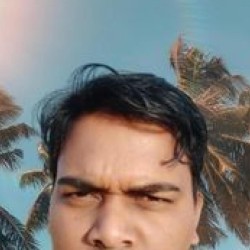